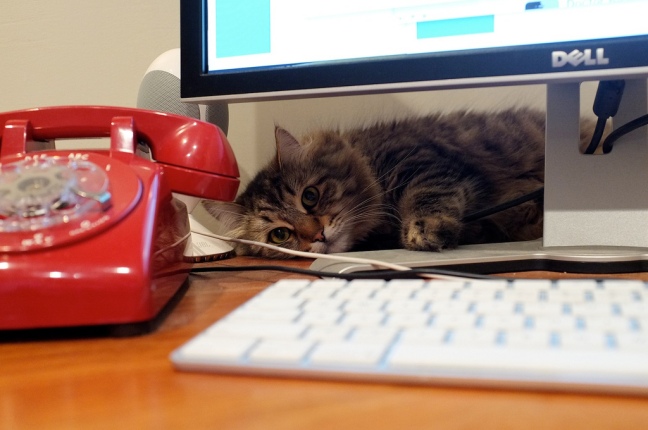 It may sound paradoxical, but the ability to do an unpaid internship is a privilege.

Yes, that’s right. If you can work for free, you’re lucky.

But let me back up for a minute to talk about that big P word: privilege. It’s not easy to talk about, and I don’t expect it will be that easy to write about, either.

Trust me – as a heterosexual, middle-class, university-educated, married white male in his late-twenties – I have more than my fair share of privilege, and I’ve done absolutely nothing to deserve most of it. At least, no more than the world’s other 6.9 billion people.

If you had asked me to define the word “privilege” at an early age I would have likely been able to give you a satisfactory response – it’s a simple enough word. But it wasn’t until later in life that I would really understood what privilege meant.  A particularly salient memory brings me back to a training session for a peer support organization I volunteered for in the latter half of my undergraduate degree. The activity she had us do went something like the following. The trainees stand in a line side by side, we all closed our eyes, then the facilitator asked us a series of questions/statements about various privileges (some of which were quite sensitive, like “I have never been a victim of sexual violence”). Every time someone could answer “yes” to a question, they had to took a step forward.

After all of these questions had been asked, I opened my eyes to discover that I was among those who had taken the most steps forward. There were some in the room who didn’t take any steps at all. It was an uncomfortable, but very educational, way for me to learn that I had essentially been given a giant head start in life, by virtue of where I was born, who my parents and ancestors were, the colour of my skin, my sexual orientation and gender identity, and so on.

The more I discovered about the meaning of the word “privilege,” and how it affected my life and the lives of others, the more difficult it became to define. I came across a metaphor recently that helped me understand why that is. Examining your own privilege is kind of like learning about your own culture – all of the assumptions and heuristics that allow you to go through life without thinking too much about why things are the way they are. Learning to see these assumptions is like trying to see your eyes’ lenses – you’re aware that they’re a part of you, but whenever you try to look at them, you simply end up looking through them.

So, now let’s revisit the statement I made at the beginning of this post.

This blog is no stranger to controversy and debate. One such issue was recently exacerbated when local tech start-up Hootsuite – of social media dashboard fame – got into hot water over its recently outed practice of taking on unpaid interns. Unsurprisingly, there’s been quite a backlash, and it didn’t take long to read comments ranging from “it’s slave labour!” to “it’s their choice to work for free!”

A speaker at a conference I was at last month was doing a talk on social justice, and one thing she said stood out to me: “Abundance can only be maintained by the passive or active maintenance of its opposite.” That opposite is of course scarcity. In other words, privilege can only be maintained by the passive or active maintenance of disadvantage. If everyone truly had the same opportunities equally available to them, then privilege would disappear. But any effort to do so is usually defied – sometimes violently – by privileged groups, because to them it represents a loss of something they’ve convinced themselves they’ve earned. What’s not acknowledged is that privilege is by its very nature unearned. It just sounds evil to admit to preserving inequality, so cognitive dissonance takes over and we convince ourselves we live in a meritocracy in which the only possible variable in success is how hard you work.

Ultimately, it’s not the fact that these interns are not getting paid that bugs me, it’s the fact that unpaid internships confer an unfair advantage – in the form of relevant industry experience – to people who are already well off enough financially (or whose families are well off enough) to be able to afford temporarily working for free. To put it bluntly, unpaid internships represent a small part of a larger system that is designed to keep the poor poor.

Ultimately, that means that if we really want to stop unpaid internships, we need to look not just at the individual companies that offer them, but at the larger system of inequality in which these companies exist. That, my friends, is social justice work. And it’s not easy.